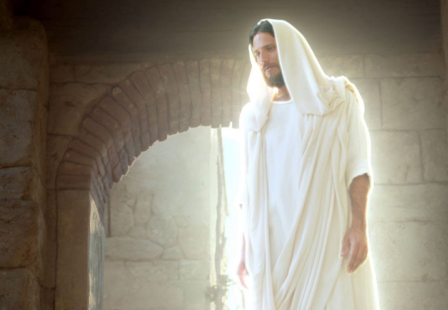 An angel is the first witness, he was a righteous messenger from the King or God who brought messages and helped prepared for the birth of the Christ. In Hebrew, the word “angel” is Malak which means messenger from the King. The angel was Gabriel, his name Geber – el means “mighty man or warrior” of “God”.  Can you imagine Gabriel coming in full armor?

Why Noah? Joseph Smith taught us that Gabriel was Noah in mortality and that he “stands next in authority to Adam in the Priesthood” (Teachings of the Prophet Joseph Smith, p. 157), and that he holds the keys of the “restoration of all things” (D&C 27:6–7.) Think of him as the first counselor in the Earth’s presidency. Noah was also the prophet who presided over the baptism of the earth, judged those on earth and led earth through a re-birth. He was a forerunner to Christ who will baptize the earth with fire and who will judge all and the earth will be baptized with fire and receive its “paradisiacal glory.” It was appropriate that he announced the birth of John who would be the forerunner to Christ in Mortality.

Gabriel made his first appearance in the temple to Zacharias, a faithful priest, who performed a ritual for his nation—burning incense on the altar within the Holy Place. He stood on the right side of the altar of incense Gabriel identified himself as one who stood “in the presence of God.” (Luke 1:11, 19.) Gabriel told him the good news of Christ’s birth and that his wife will bear a son that will help prepare the way of Christ and gave him instructions.

Gabriel also visited Mary and Joseph and the Shepherds. What would you do if you were called to announce the birth of the King of Kings? Would you shout the news to the whole world, get the governments involved, make a viral announcement on social media? These few simple figures were the right ones for God’s plan just as you and I are the right ones to carry out God’s plan today. God chooses ordinary people to bring about his extraordinary plan.