Evolution: What Aspects of the Theory are True, and What are Simply Speculations About the Past
This presentation discusses the ideas that the word “evolution” is used to mean many diverse concepts, some indisputable (like change, a certain amount of diversity, adaptation, and development). Other uses of the word have serious problems. How can one actually test, or replicate events that are believed to have happened millions of years ago without a time machine? How can something believed to have gradually and spontaneously changed over millions or billions of years be proven without the documented details over that time period?

Why is the theory–that at some remote time in the past somehow (without any designer) a non-living living something-or-other spontaneously became living–so popular ? Why is it that the theory that things gradually progress spontaneously from simple to complex seem to take precedence over the 2nd Law of Thermodynamics which suggests that things tend to move from order toward disorder? What does “spontaneous” mean? Why are the theories of evolution and geology so closely intertwined–particularly “geological time” and “evolutionary time”? 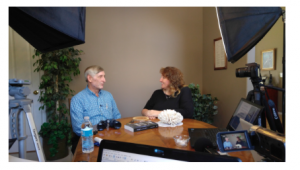 David Barker has become a favorite uncle to me. He is friendly, very complimentary and always asking me about my family. He was comfortable from the very beginning. We had a few difficulties with his slides and being about the see them while the presentation was being recorded.
When we figured that out we were in for a treat. David wowed us all. He presented his content standing up and with creativity and interaction. we sat behind and engaged with his presentation (you’ll hear us react and make comments). It was a delight to work with David, he was very prepared and organized. 🙂
In this presentation you are going to learn about evolution, what it is and what it is NOT. It was a great presentation. 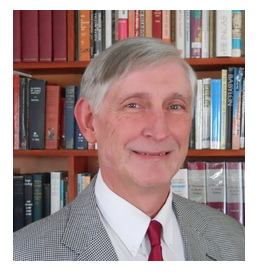 David McKay Barker has had a passion for reconciling the conflicts between science and religion. It concerns him that so many people attribute their loss of faith to “science.” He maintains that real truth from one source is harmonious with real truth from any other. Also, that it isn’t the facts found by science that cause the losses of faith, but the problematic theories, surmises, assumptions, and the atheistic view of science so popular today. As a retired Bank Examiner/CPA, he likes things to add up, and when they don’t he probes to find out why. For more about Science and Religion see www.DavidMckayBarker.com