​What are you called to learn? Victor will discuss three simple principles of learning truth that can be applied to our physical, moral, and spiritual realms. He will show us what to learn first and then how to go about doing it. You will hear his conversion story and how it helped him learn the first great truth everyone should learn – God is real and He communicates with us here on earth! Victor will also share some of his Hebrew and German knowledge.​

You will learn about principles of learning and how to discover them, how to listen to the spirit and some simple and powerful analogies. You will hear about a First Presidency message given early in 1978 that could change your perspective on church history forever. As we are called to learn truth we will discover how truth can make us and our children free.

We interviewed our KEYNOTE speaker today – Victor Ludlow! He told us about his study he personally designed so we took all of our equipment to his house and interviewed him in his amazing office/study. It was beautiful. We actually had a miss communication and showed up 45 minutes late. He graciously welcomed us in and allowed us to take over his room. His new wife, Cheryl, came in just as we were starting and watched his presentation.

WOW what an experience! He had us laughing, engaged and crying. He taught us about how to follow the spirit and what is the first things we should learn. He talk about our call to learn – to learn what? the key principles of truth and then he explained what they were with scriptures and stories. He concluded with how to do it. It will be our first presentation on October 24th at 1pm and will be available to watch for two full weeks. I believe you are going to love this presentation. 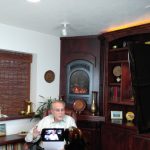 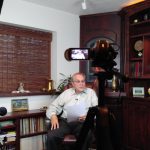 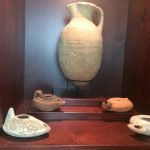 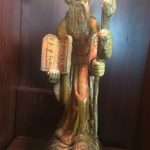 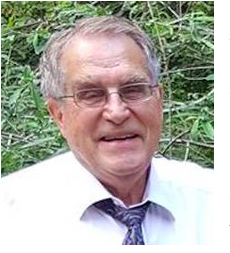 Victor Ludlow, Emeritus Professor of Ancient Scripture, BYU (Ph.D. in Near Eastern & Judaic Studies) Dr. Victor L. Ludlow is well known at BYU as a scholar on Isaiah and Judaism. He began teaching at Brigham Young University in 1972. Professor Ludlow developed and taught a variety of classes at BYU, with an emphasis on the Bible (especially the writings of Isaiah), the Book of Mormon, and Judaism.

He has authored numerous articles (including some in the Encyclopedia of Mormonism and the Book of Mormon Reference Companion) and the books: Unlocking the Old Testament; Isaiah: Prophet, Seer, and Poet; Principles and Practices of the Restored Gospel; and Unlocking Isaiah in the Book of Mormon. He has also prepared audio library lectures on covenants, the writings of Isaiah, the Middle East, the Bible, and, more recently, Latter-day Insights: The Middle East.

His extensive travels throughout the Middle East, Europe, and Asia have deeply enriched his appreciation for other cultures and have strengthened his understanding and scholarship about how the restored gospel of Jesus Christ is expanding into many different countries of the world. He is also well known for the many Passover Seder services which he conducts each spring.

He is the father of four sons and two daughters, who filled their home with love & laundry, friends and fun, and a host of enriching experiences. He strives to be a loving, spoiling grandparent of twenty-eight grandchildren and four great-grandsons. After the passing of his first wife, he met and married Cheryl in August 2016. Together they have eight children and 33 grandchildren and four great-grandsons. They love traveling, visiting their children and to the Middle East (which Victor has visited over fifty times).