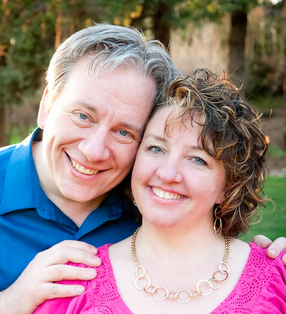 Thom and Tresta Neil are happy parents of eight wonderful children. We met while working at a nursing home in Provo, Utah. Thom is from New Hampshire and served a LDS mission in Italy. Tresta is from New Mexico and served a LDS mission in the Netherlands. Thom waited for Tresta as she served and were married shortly after her return. After they had their first four children, in 4 1/2 years, Thom brought up his desire to homeschool. Tresta thought he was mad!  After much persuading she decided to try it and has never looked back! Together they are the founders of Called to Learn where you can find dozens of homeschool stories, full courses, video presentations and past conference audios. On their unique resumes: Thom delivered half a dozen sets of twins as a teenager and Tresta sat on a cactus.

2018 WELCOME to the Called to Learn of Christ Curriculum Conference

Welcome to the 2018 Called to Learn of Christ Curriculum Conference. You are, honestly, in for a treat. The presenters at this conference have touched our hearts and we are confident they will inspire, uplift, encourage and give you many wonderful ideas for your new school year. we will share some of their quotations with you.

A friend of mine came to me last year and said, “Why don’t you do a conference about using general conference in your home?” “That is a wonderful idea.” I said and asked her to present on that. 🙂 She shared with me how her families uses it instead. I have spent the last three months reading through the conference issue from April 2018 with homeschooling in mind. In this presentation Thom will interview me and I will be sharing what I discovered and the many ideas I’ve collected on how you can use the messages from the general conference in YOUR homeschooling.

2018 The Lost Art of Answering Questions

We know learning comes from asking questions and we know and encourage our student/children to ask questions, but how are we doing with answering them? There are three types of answers we can avoid and two statements we should NEVER say as an answer. Once we know how to answer properly we can encourage and they will feel safe to ask their questions. There are two great ways to get them to ask questions that will help lead them to God and answers to their personal/private questions.